Enzo offers advanced security options for Enterprise class organizations, including advanced auditing and an encypted Vault mechanism for connection strings. None of the settings are stored on the client workstations/machines; this means that applications and users can connect using different credentials than the actual API secrets.

You can query your data directly from SQL Server Management Studio (SSMS), in real-time, without the need to install drivers. Use SSMS to connect to Enzo directly, and start executing SQL commands.

Each adapter allows you to explore your remote systems directly, without requiring the use of ODBC drivers. Enzo exposes Stored Procedures (EXEC command) and in some cases supports SELECT, UPDATE, DELETE and INSERT operations. For example, you can select from a SharePoint list directly through Enzo.

In most cases you can also create a Linked Server to Enzo, and call any adapter through a Linked Server call (for example from Stored Procedures, Functions, SQL Jobs, or even Triggers). This capability provides deep integration with SQL Server databases and any remote system. 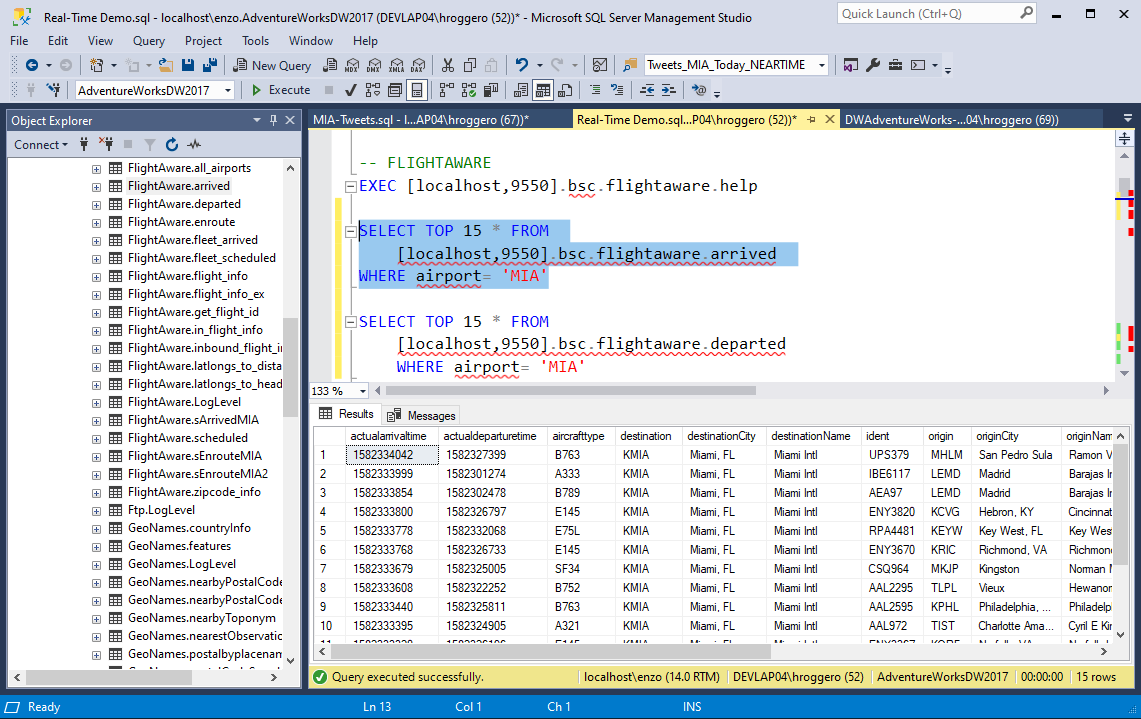 Use Excel and PowerQuery to query your data through Enzo directly. Build queries directly against any adapter, and make the queries available to Excel and PowerBI.

With Enzo, you can create powerful dashboards and Excel spreadsheets that tap directly into any adapter loaded by Enzo, without the need for ODBC drivers. When connecting to Enzo directly, your reports access data directly from the source system, in real-time. For example, you can build a PowerBI dashboard that shows Twitter mentions. 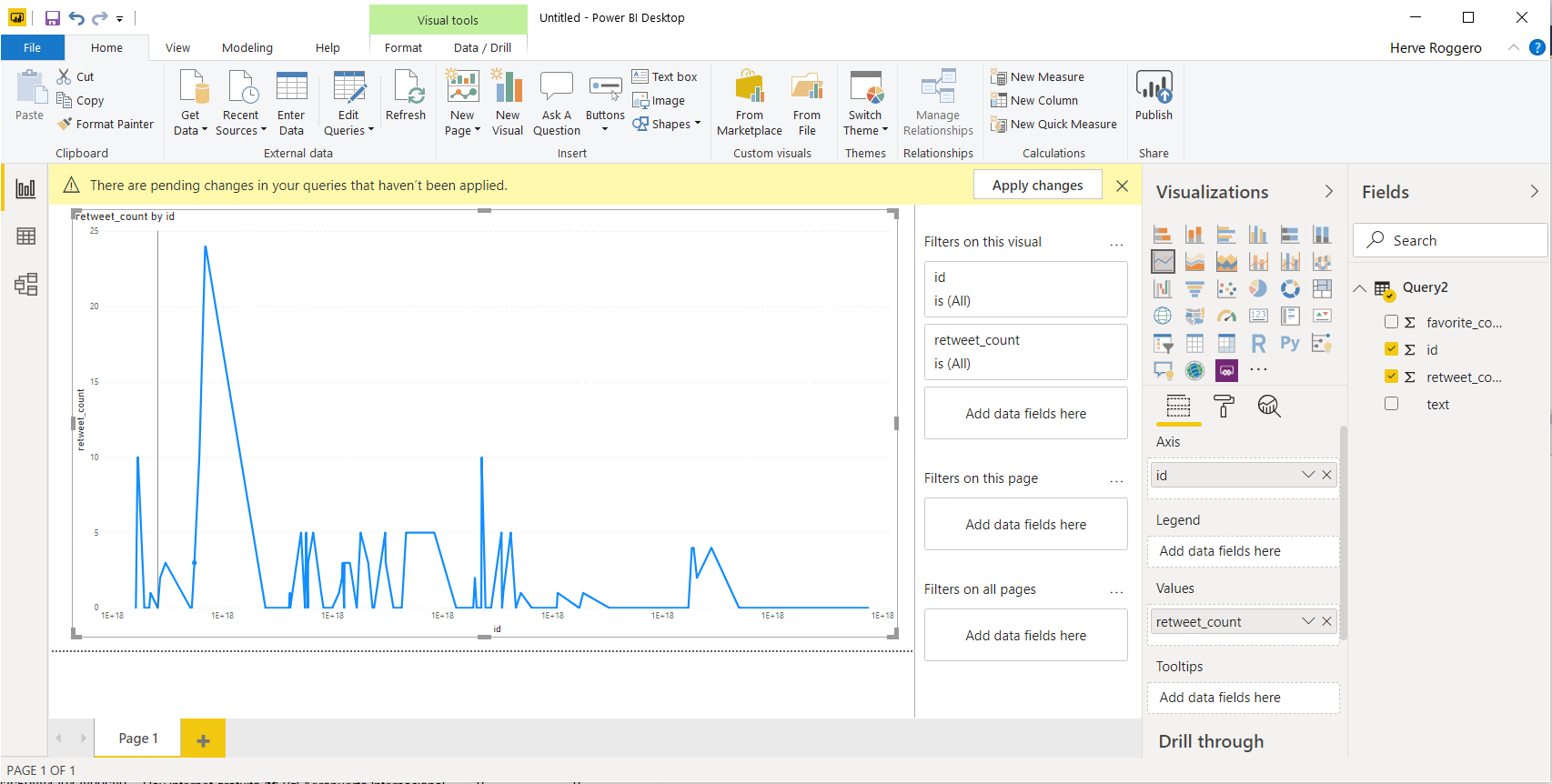 Enzo allows you to read and write CSV and fixed-length files directly, regardless of the target location, even if stored inside Zipped documents. This capability eliminates complex programming tools and allows you to manage import/export of flat files directly using the power of SQL commands.

For a complete list of options, and destinations available, see Explore Import and Export CSV Files with SQL Commands

Sample SQL command to export all items from a SharePoint list called Customers into dropbox directly.

With the .NET language, you have the option of using REST calls or ADO.NET directly, using SQL commands without the need to install an ODBC driver. When using ADO.NET, just use the SqlConnection class as if you were connecting to SQL Server directly, but instead connect to Enzo. Enzo is wire-compatible with the SQL Server protocol. This capacbility allows you to build or enhance existing dashboards very quickly.

Virtually all available commands in Enzo are also exposed as HTTP/S endpoints, allowing you to communicate with any supported remote system through simple REST calls. This allows you to build applications on any platform, including Raspberry Pi devices running the Linux operating systems (Raspbian O/S) and any device able to establish an Internet connection (for example using a an MXChip device).

Enzo presents any supported API and Protocol as a common REST interface, making it trivial to communicate with cloud APIs, enterprise systems, and communication protocols, including messaging protocols such as AMQP. 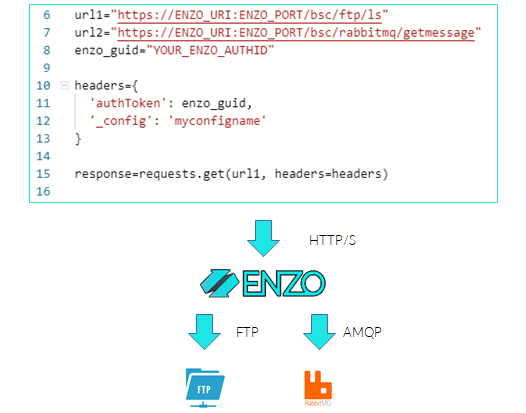